The Kerala Arts & Literary Association (KALA) is holding its 24th annual day on 18th October. KALA Annual, considered by many as a prestigious must-attend event, will be an online event this year, streaming on youtube. 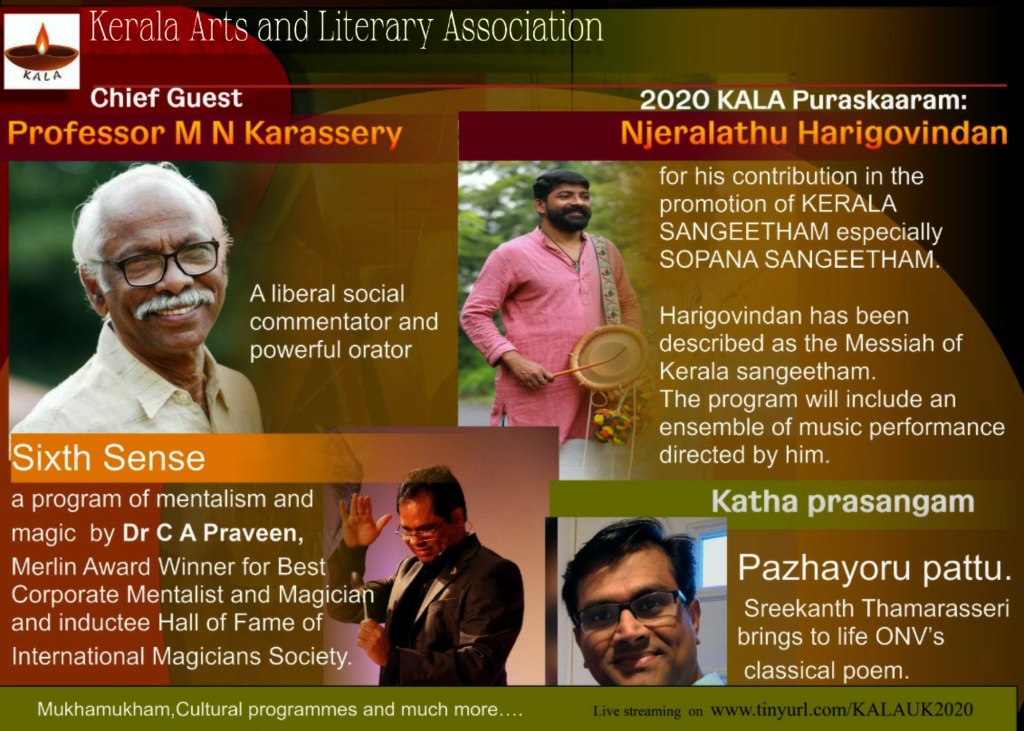 The Chief Guest at this event is Professor M N Karassery, a well-known orator, writer and social activist. He was a Malayalam Professor at the University of Calicut. He has written over 70 books.

The recipient of this year’s KALA Puraskaram is Njeralathu Harigovindan for his contribution to the promotion of Sopana Sangeetham, Kerala’s unique music form, developed in the temples of Kerala. The programme includes an ensemble of music performances directed by him – “Harigovindageetham”.

Other entertainment programs include ‘Sixth Sense’ by Mentalist and Magician C A Praveen. Sixth Sense is a show in mentalism, a display of highly developed instinctive abilities.

For the first time on KALA is presenting Kathaprasangam – Pazhayoru Pattu by Sreekanth Thamarassery.

New planning rules: Homeowners will be able to add up to 2 additional storeys to their home